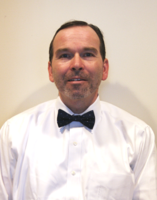 Wolfgang is admitted to practice in the States of New Jersey, New York, and Pennsylvania, as well as several Federal District Courts.

Wolfgang began his legal career as an associate at the mid-town Manhattan law firm of Klienberg, Kaplan, Wolff & Cohen, P.C. (“KKW&C”) where he had clerked during his last two years of law school.

KKW&C, a boutique law firm specializing in the niche market of hedge fund formation and representation, is a firm of approximately forty attorneys.  After clerking for a brief period in the corporate department, Wolfgang settled in to KKW&C’s litigation department where much of the litigation was a derivative of the firm’s hedge fund practice and involved issues of regulatory compliance and commercial transactions.

Prior to embarking on his legal career, Wolfgang worked for approximately 10 years in the corporate finance/accounting departments for an insurance adjusting service and the legal/facilities department of a leading electronics manufacturer.  Wolfgang holds a real estate brokers license in the State of New York and an inactive real estate sales person license in the State of New Jersey. 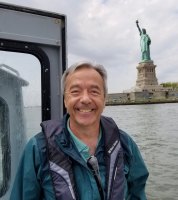 Robert Kinney (Bob) is an experienced litigator, negotiator, and advocate. Throughout the course of his 30-year career, Bob has represented companies large and small, as well as large government agencies and individuals. He also ran a nationwide program for a state-government association in which he developed training programs for attorneys across the country.

Prior to joining the Heimerl Law Firm, Bob was a Deputy Attorney General in the Environmental Enforcement & Environmental Justice section of the New Jersey Attorney General's office, where he as routinely assigned some of the toughest cases in the section.  His creative thinking led to successful outcomes in many of these cases.  Bob's advocacy on behalf of the State of New Jersey earned him kudos from his colleagues, superiors and courts.